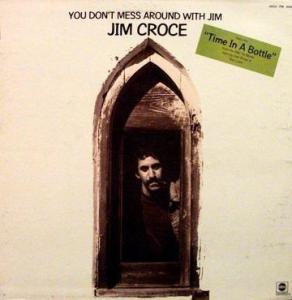 This vintage ABC Stereo pressing has the kind of Tubey Magical Midrange that modern records can barely BEGIN to reproduce. Folks, that sound is gone and it sure isn’t showing signs of coming back. If you love hearing INTO a recording, actually being able to “see” the performers, and feeling as if you are sitting in the studio with the band, this is the record for you. It’s what vintage all analog recordings are known for — this sound.

Operator (That’s Not the Way It Feels)
Time in a Bottle
Rapid Roy (The Stock Car Boy)
Box, No. 10
A Long Time Ago
Hey Tomorrow

Croce’s debut ABC album was also his commercial breakthrough, topping the charts for five weeks, largely due to the comic, up-tempo title tune, a story song about competing pool hustlers, although Croce also reached the Top 20 with the change-of-pace ballad “Operator (That’s Not the Way It Feels).” Just after his death, ABC issued the track “Time in a Bottle,” and a newly ironic message propelled it to number one.