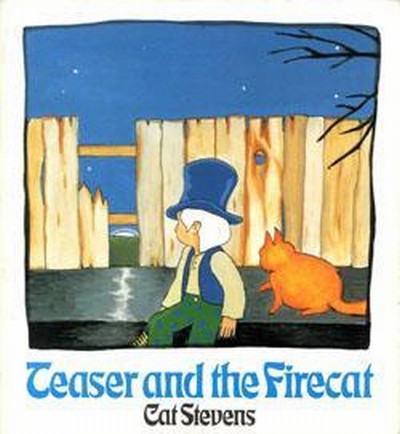 … So Much More Alive and Dynamic …

Our good customer Roger here likes doing his own shootouts, having acquired many of the so-called audiophile recommended pressings over the years. Like us, he knows firsthand that those recommended records have little hope of standing up to the real thing, the real thing of course being an old record we charged him a lot of money for, or, to put it another way, a Super Hot Stamper. Can it possibly be worth the three hundred clams it cost him? Let’s hear from Roger on that subject.

Hi Tom:
Just the usual note to let you know of my latest LP shootout: Cat Stevens Teaser and the Firecat. Since you recommend this recording so highly, I was looking forward to comparing your Super Hot Stamper (SHS) to a British Sunray pressing I had and my Mobile Fidelity Anadisq. Since I had previously found, as you have, that the MFSL version was thin and bright, I bought a UK pressing, finding it much more full, warm, and dynamic, and my recent comparison confirmed that.

The MoFi is hideously bright and edgy, making guitars sound like zithers and Cat’s voice thin and reedy, like he had a head cold. Yep, that about sums it up, Cat Stevens and His Zither Band. It makes me wonder whether the ear-damaged MFSL engineers ever heard a good pressing of this record–even the UK was leagues better.

It has been a real ear-opener to find out that all of the time and money I spent on half-speed and other remasterings unfortunately didn’t get me the best versions of recordings, most disappointing. So I figured the UK version would be the best one around, and you know what, it was the best I had heard until I tried your SHS. And I shouldn’t have been surprised to find it was in another sonic league entirely.

Like a lot of other hot stampers, it almost seems as if it is another recording altogether, so much more alive and dynamic. At the end of Morning Has Broken you can hear the pianist step off the piano foot pedal–never heard this before outside of the piano in our living room. I am looking forward to getting one of your Tea for the Tillerman hot stampers for another shootout.

Roger, thanks so much for your insightful review. The last time I played the MoFi Teaser I remember it sounding dull and thick like so many Anadisq titles do, but that was many years ago. I defer to your judgement that it is awful in a different way.

As for being disappointed after spending so much money on audiophile pressings only to find out they are rarely what they are cracked up to be, I have my own story to tell, which I did in a commentary entitled Audiophilia 101 – What Kind of Audio Fool Was I? It goes a little something like this.