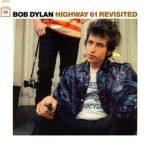 This commentary was written about ten years ago.

This 360 Label pressing has a SUPERB A+++ SIDE ONE backed with a strong A++ side two. We had a big stack of 360s and Red Labels with good stampers to compare, and this copy had a side one that could not be beat.

Side two has amazing clarity and transparency as well. Compared to side one it’s just a bit dry.

Those of you with tubey systems will probably go crazy for this sound. This was the best side two we heard this time around, but since side one was clearly more impressive we topped off the grade for the second side at A++.

The 360 label pressings are a mixed bag, running from mediocre to mindblowing; most of the time they are too trashed to even consider playing on an audiophile turntable.

Most of the later pressings are sterile, congested, and lean. [We no longer buy them or put them in shootouts.]

What separates the best copies from the also-rans is more than just rich, sweet, full-bodied sound. The best copies like this one make Dylan’s voice more palpable — he’s simply more of a solid, three dimensional real presence between the speakers. You can hear the nuances of his delivery more clearly on a copy like this.

Now it should be noted that some songs here definitely sound better than others. Do not expect Tombstone Blues to become a favorite demo track. It’s upper midrangy here because that’s the way they wanted it. One must assume that the songs sound the way Dylan wanted them to, because every other track has a slightly different tonal balance, and that change in tonality seems to have been chosen to be a part of the effect of the song itself.

On a typical pressing of this record, the harmonica can be shrill and aggressive, but on the best copies, like this one, it will sound airy and full-bodied — for the most part. There are times on every copy we’ve ever played where the harmonica solos can be just a bit much.

The sound for the best tracks has rich, meaty drums and bass. The sound is smooth, never thin and shrill. There’s a certain amount of opacity that modern mastering engineers would be tempted to fix by boosting the highs. This is a very bad idea. Brighter in this case is going to destroy what’s good about the recording.

But that has never stopped them before, has it?