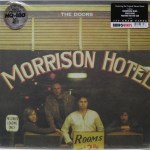 A few years back we played the 180 gram reissue of Morrison Hotel that came out in 2009. Initially we thought it pretty good, but the longer it played, the more leaned-out and unpleasant it sounded. 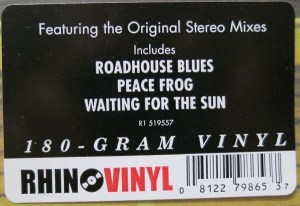 Just listen to the vocals — they’re all wrong.

Jim Morrison has one of the richest and most distinctive baritones in the history of rock. When he doesn’t sound like the guy I’ve been listening to for more than forty years, something ain’t right.

And what ain’t right — not to put too fine a point on it — is the sound of that record.