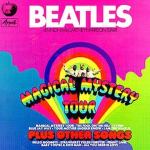 THE BEST SOUNDING MMT EVER! Hot Stamper copies of this album are a regular feature on this site, but we’ve NEVER heard one like this — on EITHER side.

We had no choice but to award this album the very rare grade of A++++ (Four Pluses!) on both sides.

The New Gold Standard For MMT

Typically, the great MMTs we find have only one off-the-charts side — our previous top copy rated A+++ / A+. Considering that we go through dozens of copies of this album every year, this A++++ / A++++ copy has to be considered practically unique. We’ve never put an LP on the site with even seven pluses between the two sides, but this is the record that couldn’t be confined by our self-imposed limitations. We’ve done three shootouts in the last twelve months for this album, so we’re very confident that it doesn’t get any better than this!

It’s got that meaty bottom end with punchy drums and SUPERB bass definition. Drop the needle on any track on either side. It will BLOW YOUR MIND, just like it did ours.

The sound is BIG and SPACIOUS. Anyone familiar with this music (and that means practically everyone in the western world) knows that Magical Mystery Tour has more than its share of orchestral augmentation. That, in concert with studio effects galore (backwards saxophones anyone?), means the timbre of the instruments and harmonic subtleties of their sound is critical to an appreciation of this music.

The best copies give you all that. They let you hear EVERYTHING The Beatles were capable of after Sgt. Pepper’s, and that’s a lot. Some of the tracks on this record make it a Demo Disc to rank with the best of them.

We’ve never heard sound like this for MMT on either side of any copy we’ve ever played. Both sides have HUGE wall-to-wall, floor-to-ceiling sound that positively leaps forth from the speakers. The vocals are Right On The Money, with none of the honk that plagues the typical copy. The bottom-end is ABSOLUTE PERFECTION — punchy, powerful, and well-defined. It sets the kind of rock-solid foundation that allows the music to reach new heights. The highs are sweet and silky with stunning clarity. Play Fool On The Hill and listen to the bell that plays during the chorus. On the typical copy, there’s not enough extension up there and the bell dies quickly after it is hit. On this copy, it’s not just ringing, it’s singing.

Everything you could ask for from this album is here in generous quantities, on both sides. The transparency and clarity are astonishing. The overall sound is warm, sweet, rich, full-bodied, lively, open, and spacious — I could go on, but I think you understand my point. Any questions or doubts will be answered the moment you play this record and hear the biggest sound ever for this album — it’s MONSTROUS.

A record like this is the reward for for the endless hours of effort and huge expense an audiophile must invest over the course of years — if not decades — to achieve the kind of reproduction a recording like this demands.

To paraphrase ourselves, owning this White Hot Stamper is a PRIVILEGE that affords the listener insight into Magical Mystery Tour that simply is not possible any other way. The amazing energy and creativity of this music is communicated so completely through this copy that the experience will be like hearing it for the first time.

As I have remarked previously about pricey records such as this, if nobody cares to spend the money, this album has a happy home here at Better Records. It’s the benchmark against which the best copies would be judged, so in that respect, it has a utilitarian value. And if nobody loves this record as much as I do it’s not a problem. I’m happy to keep it and enjoy it for the rest of my life. This record will always have a happy home here at Better Records.