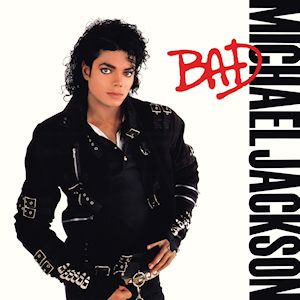 Michael Jackson’s records always make for tough shootouts. His everything-but-the-kitchen-sink approach to recording make it difficult to translate so much sound to disc. vinyl or otherwise. Everything has to be tuned up and on the money before we can even hope to get the record sounding right. (Careful VTA adjustment could not be more critical in this respect.)

Less grit – smoother and sweeter sound, something that is not easy to come by on Bad.

More bass and tighter bass. This is a recording that relies on its powerful rhythmic elements. It needs weight down low to move you the way MJ’s go-to engineer (Bruce Swedien), MJ’s go-to producer (Quincy Jones) and The King of Pop himself (Michael Jackson) wanted it to.

The downside to a success like Thriller is that it’s nearly impossible to follow, but Michael Jackson approached Bad much the same way he approached Thriller — take the basic formula of the predecessor, expand it slightly, and move it outward. This meant that he moved deeper into hard rock, deeper into schmaltzy adult contemporary, deeper into hard dance — essentially taking each portion of Thriller to an extreme, while increasing the quotient of immaculate studiocraft. He wound up with a sleeker, slicker Thriller, which isn’t a bad thing…”