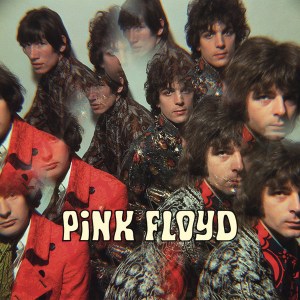 Amazing sound for this classic early Floyd album featuring Syd Barrett! We did not expect to hear sound this good for the album. If you’ve played other versions of this one you’re going to be surprised — shocked even — at how big, rich and solid the sound is. Astronomy Domine and Interstellar Overdrive are especially impressive. We don’t think you’ll have much luck finding a copy with even one side this good, let alone two!

Without a doubt, this is by far the best sounding early Floyd record we’ve ever played. Once the ’70s arrive the band went on to release four of the best sounding albums of the decade: Meddle, Dark Side of the Moon, Wish You Were Here and The Wall. All four are in our Top 100. Dark Side I would put in any Top Ten worthy of the name.

The Beatles may have owned the ’60s but the ’70s clearly belong to Floyd.

Stick with the Brits

This vintage British pressing — the only way to fly — has the kind of Tubey Magical Midrange that modern records can barely BEGIN to reproduce. Folks, that sound is gone and it sure isn’t showing signs of coming back. If you love hearing INTO a recording, actually being able to “see” the performers, and feeling as if you are sitting in the studio with the band, this is the record for you. It’s what vintage all analog recordings are known for — this sound.

The Piper at the Gates of Dawn successfully captures both sides of psychedelic experimentation — the pleasures of expanding one’s mind and perception, and an underlying threat of mental disorder and even lunacy; this duality makes Piper all the more compelling in light of Barrett’s subsequent breakdown, and ranks it as one of the best psychedelic albums of all time.