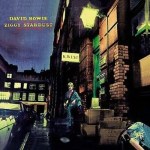 The following is our 2007 commentary for the best Ziggy Stardust we had ever heard up to that time.

This RCA Import has DRAMATICALLY better sound than any Ziggy LP we’ve ever played here at Better Records. Whatever you think you know about the sound of this record, THINK AGAIN. The sound of this copy is so far beyond any expectation I had that hearing it was nothing short of a REVELATION. It’s TWO FULL GRADES better than any copy we played in our shootout.

After hearing this copy we had to lower our grades for every other pressing we had played. This was a completely new standard.

Todd, who does these shootouts with me, commented that the rest of the evening’s record auditions were pretty much pointless after playing the hot Ziggy. No other record, hot stamper or otherwise, had this kind of sound.

Playing them after playing Ziggy wouldn’t be fair; this copy was in a league of its own.

The price on this copy is the same as the Pink Label Tea for the Tillerman we had on the site in December [2006]: $750. Why so much? Allow me to make the case.

Is this one of the Greatest Rock Albums of All Time? Unquestionably. It’s the pinnacle of Glam Rock. Every track is superb; not a moment is less than stellar from beginning to end.

Is it amazingly well recorded? You better believe it. This is not just Bowie’s masterpiece; it’s Ken Scott’s as well. For BIG, BOLD, wall to wall, floor to ceiling sound, look no further.

Ken Scott engineered this record and he did his usual amazingly good job. The guitars may not sound “real”, they way they actually do in real life, but they sure sound GOOD! Lots of rich, sweet tubey magic, the sound we love here at Better Records.

I’ve taken the liberty of paraphrasing the commentary for the Pink Tea for the Tillerman below, since so much of what makes that album unique holds true for this one as well. Is Tea for the Tillerman a better album than Ziggy Stardust? I don’t think so. As good, yes, but not better. Ziggy is as good as it gets.

You may remember one of the comments we made about the Hot Stamper Bookends in which we said we felt as though we had threaded up the master tape and hit play — that’s how unbelievably correct and REAL the sound was. Well, we spoke too soon. THIS record is the record that sounds like you’ve threaded up the master tape. I’ve been playing this album for more than thirty years and I can tell you I have never heard ANYTHING like it.

Just drop the needle on any song. Guaranteed you will never hear that song sound better. The mastering is beyond perfection. There’s really no “mastering” to listen for — all you’re really aware of is the music flowing from the speakers, freed from all the limitations that you’ve learned to accept.

There’s no need to go track by track trying to explain why this copy is the Ultimate Ziggy. One drop of the needle will tell you everything you’ll ever need to know. All doubts will be erased within moments. We played this copy against our former top pressings and again and again, no matter what track we played, the sound here was clearly superior.

Including our previous pricing structure. No non-audiophile record on our site has ever been priced above $500. When we put the $500 price on Teaser and the Firecat awhile back, we ended up selling five of them — because we could FIND five copies that sounded like $500 records. We played Ziggy all day long today — and we ended up with ONE copy that was quiet and had absolutely amazing sound.

To say that this fairly quiet amazing sounding Ziggy is rare is an unbelievable understatement. I would say that it’s very unlikely that another copy this good will come my way in the next five years. I may NEVER hear one that sounds like this again. If this record is as meaningful for you as it is for me, I think you will quickly appreciate that it’s worth every penny of its price. All you have to do is drop the needle. All questions will be answered and all mysteries will be revealed.

Owning this White Hot Stamper is a PRIVILEGE that affords the listener insight into David Bowie that simply is not possible any other way. The emotional power of these songs is communicated so completely through this copy that the experience will be like hearing it for the first time.

This is, I hope it goes without saying, one of the greatest rock records of all time, music that belongs in any collection. I’ve been playing this album for 30 years and I can honestly say I’ve never once been tired of hearing it. I get tired of hearing bad copies.