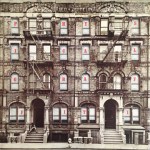 It is our contention that almost no one alive today is capable of making records that sound as good as the vintage ones we sell.

Once you hear a Hot Stamper pressing, those 180 gram records you own may never sound right to you again. They sure don’t sound right to us, but we are in the enviable position of being able to play the best properly-cleaned older pressings (reissues included) side by side with the newer ones. This allows the faults of the current reissues to become much more recognizable, to the point of actually being quite obvious. When you can hear the different pressings that way, head to head, there really is no comparison.

The wonderful vintage discs we offer will surely shame any Heavy Vinyl pressings you own, as practically no Heavy Vinyl pressing has ever sounded especially transparent or spacious to us when played against the best Golden Age recordings, whether pressed back in the day or twenty years later.

This is precisely the reason we stopped carrying Modern LP Pressings in 2011 – they just can’t compete with good vintage vinyl, assuming that the vinyl in question has been properly mastered, pressed and cleaned.

This is of course something we would never assume — we clean the records and play them and that’s how we find out whether they are any good or not. There is no other way to do it — for any record from any era — despite what you may read elsewhere.