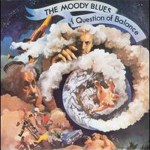 Reviews and Commentaries for the Music of The Moody Blues

The Moody Blues – A Question Of Balance…

I had five copies before getting this copy from Better Records. It is clearly BETTER. [You] have exacted a science of this. The proof is in the record grooves…

I can’t try to figure out how or why, nor do I want to! It’s always about the sound for me.

Hot Stamper shootouts have been done for all their records with the exception of Go Now (which never sounds good as far as we know).