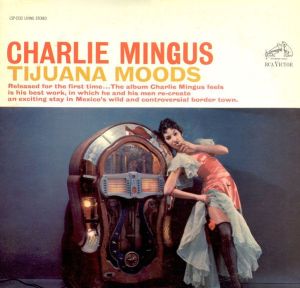 This is the way it must have sounded in 1957, when legendary RCA engineers BOB SIMPSON and RAY HALL were sitting behind the board in the New York studios where it was recorded.

This original RCA Black Label pressing has the kind of Tubey Magical Midrange that modern records cannot even BEGIN to reproduce. Folks, that sound is gone and it sure isn’t showing signs of coming back. If you love hearing INTO a recording, actually being able to “see” the performers, and feeling as if you are sitting in the studio with the band, this is the record for you. It’s what vintage all analog recordings are known for — this sound.

This record shows off Living Stereo sound at its best. The full range of instrumental colors are here presented with remarkable clarity, dynamic contrast, spaciousness, sweetness, and timbral accuracy. If you want to demonstrate to a novice listener why modern recordings are unsatisfactory, all you have to do is play this record for them. No CD ever sounded like this.

I don’t think the RCA engineers can cut this record any better — it has all the Living Stereo magic one could ask for, as well as the bass and dynamics that are missing from so many other vintage Golden Age records. This is pretty much as good as it gets, folks.

Inspired by a trip to Tijuana, Tijuana Moods was recorded in 1957 but was sat on by RCA until its release in 1962. Bassist/composer Charles Mingus at the time said that this was his greatest recording, and it certainly ranks near the top. The original version, which was usually edited together from a few different takes, consisted of just five performances… The passionate playing, exciting ensembles, and high-quality compositions make this a real gem, and it represents one of Charles Mingus’ finest hours.

Having critically auditioned a pile of Tijuana Moods pressings, it’s abundantly clear to us that our stereo system just plain loves this record. Let’s talk about why we think that might be.