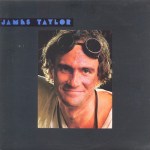 The soundstage and depth on our Hot Stamper copies is HUGE — this is without a doubt the most spacious recording by James Taylor we’ve ever heard. If you want your speakers to disappear, replaced by a huge studio full of musicians playing their hearts out, this is the album that can do it. But of course there’s a lot more to the sound of the best copies than a big soundstage.