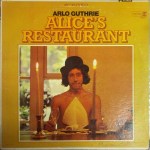 It’s hard to find a copy of this album that sounds right. Many of the copies we played suffer from a “forward” quality to the vocals, which make them positively unpleasant to listen to. Others had a complete lack of presence, which left them easy on the ears but ultimately boring. There were a few copies that got the vocals right but just didn’t have all the tubey magic you want for this kind of simple, folky music.

I’m not going to go out on a limb and say this is an album everyone needs in their collection, but it’s certainly enjoyable. For those of you who get a kick out of this slice of ’60s life, you’re going to have a very hard time finding a copy that sounds as good as this one!

One of the top guys at Warners, Lee Herschberg, engineered this album. You’ll also find his name in the credits for many of the best releases by Randy Newman, Ry Cooder, The Doobie Brothers, Gordon Lightfoot and Frank Sinatra, albums we know to have outstanding sound (potentially anyway; you have to have an outstanding pressing to hear outstanding sound).