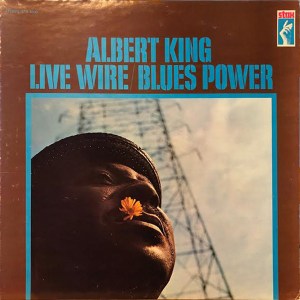 This is one of the all time great live Blues albums. THIS IS BLUES POWER!

What the best sides of this Blues Rock album have to offer is not hard to hear:

No doubt there’s more but we hope that should do for starters. Playing the record is the only way to hear all of the above, and playing the best pressings against a pile of other copies under rigorously controlled conditions is the only way to find a pressing that sounds as good as this one does.

Halverson was the engineer on this album as well as a slough of other favorites of ours here at Better Records, Classic Rock Albums that we know to have potentially amazing sound. We’re talking Deja Vu (from the next year, 1970, and surely his engineering masterpiece), Steve Stills’ first album (1971), the first Crosby/Nash album (1972), and the live material on Cream’s various releases from Wheels of Fire to Goodbye (1968-1969).

It has been our experience, and possibly yours, that one has to work very hard to find good sounding pressings of most of the albums he recorded. But that should take nothing away from the extraordinary engineering skills he employed in recording them.

Until we found the right pressings of his albums we had no idea what a brilliant job he had done recording so many of the records we’ve known and loved from the ’60s and early ’70s. As unlikely as it would seem, it’s only been within the last ten years or so that the best pressings of Deja Vu, Goodbye and Wheels of Fire were randomly discovered during our regular shootouts. Sure, we’d played them by the score, but the fact is that the right copies had managed to elude us, for decades.

The best copies of the albums mentioned above have superb, Demo Disc sound, especially Deja Vu and Goodbye, both of which can be mind-blowing when you find the right copy.

Blues at Sunrise
Please Love Me
Look Out

Live Wire/Blues Power is one of Albert King’s definitive albums. Recorded live at the Fillmore Auditorium in 1968, the guitarist is at the top of his form throughout the record — his solos are intense and piercing. The band is fine, but ultimately it’s King’s show — he makes Herbie Hancock’s “Watermelon Man” dirty and funky and wrings out all the emotion from “Blues at Sunrise.”