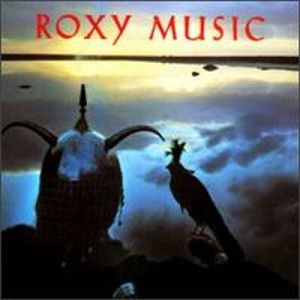 We would add to that list presence and energy, along with warmth, fullness and lack of smear on the transients. Whomp and rock and roll power do not seem to play much part in separating the best from the rest, although it’s nice when the bottom end is big and solid.

The marvelous female vocalist Yanick Etienne, who sings so beautifully at the end of the title song, is standing in her own space at about the 10 o’clock position in the soundfield. At moderate levels she sounds very small and distant, but turn up your volume and she really starts to take on the attributes of a full-size, real live person standing just to the left and back a bit from the main proceedings. This level may be too loud on other songs; we noticed that Ferry’s vocals are very high up in the mixes as a rule, on the first track especially if I recall correctly, and at louder volumes — the ones we like to listen at — he’s going to get too hot. It’s a bit of a balancing act to find the right level for the music, but as loud as you can stand Ferry singing is probably a good place to start.

Flesh + Blood suggested that Roxy Music were at the end of the line, but they regrouped and recorded the lovely Avalon, one of their finest albums. Certainly, the lush, elegant soundscapes of Avalon are far removed from the edgy avant-pop of their early records, yet it represents another landmark in their career.

With its stylish, romantic washes of synthesizers and Bryan Ferry’s elegant, seductive croon, Avalon simultaneously functioned as sophisticated make-out music for yuppies and as the maturation of synth pop. Ferry was never this romantic or seductive, either with Roxy or as a solo artist, and Avalon shimmers with elegance in both its music and its lyrics.

“More Than This,” “Take a Chance with Me,” “While My Heart Is Still Beating,” and the title track are immaculately crafted and subtle songs, where the shifting synthesizers and murmured vocals gradually reveal the melodies. It’s a rich, textured album and a graceful way to end the band’s career.

I’ve been a giant Roxy Music fan since 1975. Rolling Stone gave Siren a rave review that year, and I went right out and bought myself a copy on their say-so. I then proceeded to play it every day. This went on for weeks. I’m a bit obsessive that way. (Being obsessive is extremely helpful if you wish to excel in audio. It may in fact be the most important personality characteristic of them all.)

I consider them to be one of the greatest Art Rock bands in the history of the world. The general public and probably most audiophiles would surely cast their vote for Avalon as the band’s masterpiece. I much prefer their eponymous first album, Stranded, Country Life and Siren to the more “accessible” music found on Avalon.