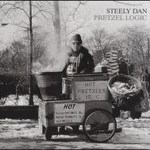 This is one knockout recording.

Having done shootouts for every Steely Dan title, I can say that sonically this one has no equal in their canon.

Which is really saying something, since Becker and Fagen are known to be audiophiles themselves and real sticklers for sound. No effort in the recording of this album was spared, that I can tell you without fear of contradiction.

They sweated the details on this one. The mix is PERFECTION.

But you would never know it by playing the average pressing of this album, which is dull, compressed and dead as the proverbial doornail.

It’s positively criminal the way this amazingly well-recorded music sounds on the typical LP pressing. And how can you possibly be expected to appreciate the music when you can’t hear it right?

The reason we audiophiles go through the trouble of owning and tweaking our temperamental equipment is we know how hard it is to appreciate good music which sounds bad. Bad sound is a barrier to understanding and enjoyment, to us audiophiles anyway.

How can you like what you can’t hear properly?

Rikki – Dead as a Doornail or Dynamic as Hell?

By far the biggest hit on this album and one of the biggest for the band, it’s also one of the clearest indicators of Hot Stamper Sound. The Horace Silver inspired intro is at its best when you can easily hear the acoustic guitar in the left channel doubling the piano. On most copies it’s blurry and dull, which causes it to get lost in the mix. Transparent copies pull it out in the open where it belongs.

Now On to the Real Test

That’s the first test, but the real test for this track is how well the (surprisingly) DYNAMIC chorus is handled. On a properly mastered and pressed copy, Fagen’s singing in the chorus is powerful and very present. He is RIGHT THERE, full of energy and drive, challenging the rest of the band to keep up with him. And they do! The best copies demonstrate what a lively group of musicians he has backing him on this track. (If you know anything about Steely Dan’s recordings, you know the guys in these sessions are the best of the best.)

Check out the big floor tom that gets smacked right before the first chorus. On the best copies the whomp factor is off the scale.

DOA Is Par for the Course

Shocking as it may seem, most copies of this album are DOA on this track. They’re severely compressed — they never come to life, they never get LOUD. The result? Fagen and the band sound bored. And that feeling is contagious.

Of course, most audiophiles have no idea how dynamic this recording is because they’ve never heard a good pressing. Only a handful of the copies we played had truly powerful dynamics.

These are Pretzel Logics with far more life than I ever dreamed possible.