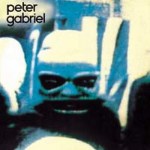 This commentary was written after a review I spotted online prompted me to crack open one of the Classic Records 200 gram Peter Gabriel titles and play it. Let’s just say the results were less than pleasing to the ear. Bernie Grundman had worked his “magic” again and as usual I was at a loss to understand how anyone could find his mastering in any way an improvement over the plain old pressings.

I had a discussion with a reviewer for an audiophile web magazine concerning his rave review for the Peter Gabriel records that Classic pressed. I just played one, and it’s not as bad as I thought it would be. But of course it’s not right either. Not surprisingly, reviewers have a tendency not to notice these things. I’m not exactly sure how these people are qualified to review records when the most obvious tonal balance problems seem to go unnoticed, but I can hardly be surprised.

A Bad Record Tells You… What?

Which brings up something else that never fails to astonish me. How can an equipment review be trusted when the reviewer uses bad sounding records to evaluate the equipment he is testing? Aren’t we justified in assuming that if said reviewer can’t tell he is listening to a bad recording, he probably can’t tell whether the equipment under review is any good either?

A bad recording tells you nothing about the equipment it is playing on. Worse, it might complement the faults of the gear and end up sounding tonally correct. If you use So Long So Wrong as a test disc, what are you testing for, the bad sounding vocals or the bad sounding guitars?