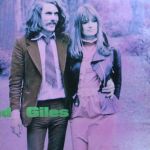 Brian Humphries engineered the album, and although you may not be all that familiar with his name, if you’re an audiophile you know his work well. Take a gander at this group:

Two are of course on our Top 100 Rock and Pop List, and all four — five if you count McDonald And Giles — qualify as State of the Art Rock Recordings from the era.

If you’re looking to demonstrate just how good the best early Island Label recordings can sound, this killer copy should do the trick.

This UK pressing is super spacious, sweet and positively dripping with ambience. Talk about Tubey Magic, the liquidity of the sound here is positively uncanny. This is vintage analog at its best, so full-bodied and relaxed you’ll wonder how it ever came to be that anyone seriously contemplated trying to improve it.

This IS the sound of Tubey Magic. No recordings will ever be made like this again, and no CD will ever capture what is in the grooves of this record. There may well be a CD of this album, but those of us in possession of a working turntable and a good collection of vintage vinyl could care less.

Suite In C (Including Turnham Green, Here I Am And Others)
Flight Of The Ibis
Is She Waiting?
Tomorrow’s People – The Children Of Today

Following the meltdown of the original King Crimson lineup, Ian McDonald and Michael Giles brought brother Peter Giles back, which helps to account, in some ways, for the resemblance of this album to the 1968 Giles, Giles & Fripp recordings…

The main attraction is really the performances turned in by McDonald and the Giles brothers — they all sound fabulous, even when waffling musically, while Michael Giles has a unique drum tone that never has been duplicated (Giles himself abandoned the sound for his later career in Jackson Heights and as a session drummer). Peter Giles returned to the accounting trade, alas, while Ian McDonald eventually wound up as part of Foreigner, which is another tale entirely.

Ian McDonald and Michael Giles were members of the original King Crimson line-up, and were featured performers on the band’s debut album, In the Court of the Crimson King (1969). Both left the group at the end of its first United States tour in 1969, although Giles appeared on the second King Crimson album, In the Wake of Poseidon (1970), as a session musician. Two other King Crimson members also worked on McDonald and Giles: Peter Giles and Peter Sinfield.

The music on McDonald and Giles contains many of the pastoral and musically complex elements of King Crimson, while generally avoiding that band’s darker tendencies. The song “Flight of the Ibis” has a similar melody and rhythm to King Crimson’s “Cadence and Cascade”, with different lyrics. The album contains a guest appearance by Steve Winwood, playing organ and piano on “Turnham Green.” Winwood’s group Traffic were working on John Barleycorn Must Die at Island Studios at the same time.