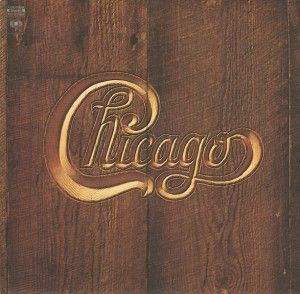 Most pressings don’t reproduce the percussion harmonics, the leading edge transients of the horns, or the big, open space around Peter Cetera’s vocals that we know is there, but a Hot Stamper copy such as this brings out all those qualities and more.

The presence here puts the vocalists right in the room with you, and when the band kicks in, the sound really starts jumping out of the speakers.

The Brass Is Key

The brass on any Chicago album has to have just the right amount of transient bite yet still be full-bodied and never blary. In addition, on the best of the best pressings you can really hear the air moving through the horns.

Most copies suffer from dull highs and smeary, compressed brass. This is a sound we cannot abide. The lively copies with real bite to the brass and plenty of ENERGY in the music are the only ones for us. Finding them is not easy but we came across a few that made the grade and are proud to offer them here.

What do the better Hot Stamper pressings give you?

We always notice during our Chicago shootouts that the songs on their albums tend to be hit and miss sonically (especially when it comes to the more multi-layered and dynamic tracks).

But on the hotter copies the production missteps don’t seem to be nearly as problematical.

With four gold multi-disc LPs and twice as many hit singles to its credit, Chicago issued its fifth effort, the first to clock in at under an hour. What they lack in quantity, they more than make up for in the wide range of quality of material.

The disc erupts with the progressive free-form “A Hit by Varese” — which seems to have been inspired as much by Emerson, Lake & Palmer’s Tarkus (1971) or Yes circa Close to the Edge (1972) as by the Parisian composer for whom it is named.

Fully 80 percent of the material on Chicago V (1972) is also a spotlight for the prolific songwriting of Robert Lamm (keyboards/vocals). In addition to penning the opening rocker, he is also responsible for the easy and airy “All Is Well,” which is particularly notable for its lush Beach Boys-esque harmonies. However, Lamm’s most memorable contributions are undoubtedly the Top Ten sunshine power pop anthem “Saturday in the Park” and the equally upbeat and buoyant “Dialogue, Pt. 1” and “Dialogue, Pt. 2.”

Those more accessible tracks are contrasted by James Pankow’s (trombone/percussion) aggressive jazz fusion “Now That You’ve Gone.” Although somewhat dark and brooding, it recalls the bittersweet “So Much to Say, So Much to Give” and “Anxiety’s Moment” movements of “Ballet for a Girl in Buchannon” found on Chicago II.

And in 1972 Chicago V was recorded there.