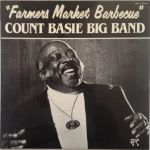 Musically FMB is a Top Basie Big Band title in every way. This should not be surprising: many of his recordings for Pablo in the ’70s and early ’80s display the talents of The Count and his band of veterans at their best.

Sonically it’s another story. Based on our recent shootout for this title, in comparison to the other Basie titles we’ve done lately we would have to say that FMB is the best Basie big band title we’ve ever played. Since so many Basie big band recordings are so good, we don’t want to get ahead of ourselves; after all, we haven’t done shootouts for all of his Pablo large group recordings. To be safe we’ll just call this one First Among Equals.

The following are some general guidelines as to What to Listen For while you critically evaluate any of the Basie Big Band Pablo recordings (or any other big band recordings for that matter).

Simply put, we offer here a short list of qualities that we’ve come to appreciate on the best of the Basie Big Band pressings, qualities that we find are often in short supply on lesser LPs (and, as a rule, those that have been remastered onto Heavy Vinyl).

What typically separates the killer copies from the merely good ones are two qualities that we often look for in the records we play: transparency and lack of smear. Transparency allows you to hear into the recording, reproducing the ambience and subtle musical cues and details that high-resolution analog is known for.

(Note that most Heavy Vinyl pressings being produced these days seem to be inordinately Transparency Challenged. Lots of important musical information — the kind we hear on even second-rate regular pressings — is simply nowhere to be found. That audiophiles as a whole — including those that pass themselves off as the champions of analog in the audio press — do not notice these failings does not speak well for either their equipment or their critical listening skills.)

Lack of smear is also important, especially on a recording with this many horns, where the leading edge transients are so critical to their proper reproduction. If the sharply differing characteristics of the various brass instruments (trumpet, trombone, and three kinds of saxes) smear together into an amorphous blob, as if the sound were being fed through ’50s vintage tube amps (for those of you who know that sound), half the fun goes right out of the music.

Richness is important — horns need to be full-bodied if they are to sound like the real thing — but so are speed and clarity, two qualities that insure that all the horns have the proper bite and timbre.

A problem we noted on many copies in addition to smear and opacity was blurry bass. Most copies are rich and full-bodied, with plenty of bottom end. So far so good. However, when the bottom is not well-defined, you can’t hear Freddie Green strumming along nearly as well as you can on the copies where the bass is tight and note-like.

The same is true for the baritone sax; it got lost in the murky depths of some of the copies we played. And of course the way we know that is when we drop the needle on a randomly chosen copy and — suddenly — there it is! Now we’re hearing the instrument clearly and correctly. Who knew it could sound like that? Only on these very special copies are we given the opportunity to appreciate the baritone’s contribution to the music.

Analogue Productions did three or four Basie titles on 45, including this one. We have yet to hear a single Heavy Vinyl 45 RPM Remastering that sounds any good to us, at least according to the standards we set for our Hot Stampers. We guarantee that no Heavy Vinyl pressing (at any speed!) can hold a candle to any copy we offer on this site or your money back.

If you have one of the new pressings and don’t know what’s wrong with it, or don’t think that anything is wrong with it, try one of our Hot Stampers (assuming it’s within your budget of course). It will show you just how much better a real record can sound, with more space, more transparency, more energy, more presence, more drive, more harmonic information — pretty much more of everything that’s good about the sound of music on an ANALOG LP.

It is our contention that no one alive today can make a record that sounds as good as the pressings we offer. Once you hear a Hot Stamper, those 180 gram records may never — no, should never, and probably will never — sound right to you again.

They sure don’t sound right to us, but we have the good fortune of being able to play the best older pressings (reissues included) side by side with the new ones, where the faults of the current reissues become much more recognizable, even obvious. When you can play them that way, head to head, there really is no comparison.