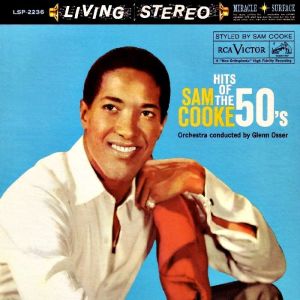 This early pressing has the kind of Tubey Magical Midrange that modern records cannot begin to reproduce. Folks, that sound is gone and it sure isn’t showing signs of coming back. If you love hearing into a recording, actually being able to “see” the performers, and feeling as if you are sitting in the studio with the band, this is the record for you. It’s what vintage all analog recordings are known for — this sound.

Tube smear is common to pressings from and any era and this is no exception. The copies that tend to do the best in a shootout will have the least (or none), yet are full-bodied, tubey and rich.

Hey There
Mona Lisa
Too Young
The Great Pretender
You, You, You
Unchained Melody

When rock hit the Fifties, a lot of sensitive citizens corked their ears, crawled into their woofers and occasionally sent messages to the outside world demanding, “Where is the new good music – and where are the good young singers?” Well, this album gives the answer, for the music was there all the time. Out of the Fifties we have chosen a dozen ballads, including Unchained Melody, Too Young and The Song from Moulin Rouge, to prove that along with The Chicken Scratch and other record-hop pops there were new songs, beautiful by any standard. And the answer to the second part of the question is Sam Cooke, a young man who has developed his own style and sensitivities to a song.

Sam is of the new generation of singers and he generates excitement by going to the heart of a song with simplicity and directness. He has one characteristic that no one can truly imitate or describe. It happens so unexpectedly and it’s over so quickly that you don’t quite know what’s happened, although the effect is lovely and subtle. Listen for it.

This is the second RCA Victor album we have made with Sam and so a few words are in order. He is tall and slender, with looks that remind you at once of Belafonte and Poitier. Although he is only twenty-five, his vocal training began many years ago in gospel choirs and he was a gospel singer when approached to record popular music. At the moment his father, the Reverend Charles Cooke, counseled, “God doesn’t tell you what to sing but He gave you this talent and you serve Him by using it.” And Sam serves well and conscientiously. At recording sessions he works hard and is always ready for “another take,” although we may stay with it through the early hours of the morning. So what’s new in music – what’s cooking these days? It’s Sam.