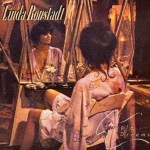 Clearly this is one of Linda’s best albums, and I would have to say, based on my fairly extensive experience with her recorded output, that it is in fact THE BEST SOUNDING record she ever made. I love Heart Like a Wheel, but it sure doesn’t sound like this, not even on the Triple Plus copies that win our shootouts.

I confess to having never taken the album seriously, dismissing it as a commercial collection of pop hits with about as much depth as the L.A. River — but I was wrong wrong WRONG.

This is a great sounding album on the right pressing, not the compressed piece of grainy cardboard we’ve all been playing for years, unaware of the tremendous sound quality lurking in the grooves of other copies, the ones that were blessed with the right stampers, the right vinyl and a healthy amount of fairy dust wafting over the press that day.

That’s what Hot Stamper shootouts are all about — finding those copies, the ones no one knows exist. (No one but us it seems; who else would think to put this album in their Top 100?)

This Is a Real Band

Until a Hot Stamper found its way onto our turntable we had absolutely no idea the album could sound like this, or that the music was so good.

The first thing that came to mind when I looked inside the fold open cover and saw all the guys who back Linda up on the album is that this is a real rock band. These are not a bunch of studio cats punching a time card. These guys are a band, and they know how to ROCK; just listen to the way they come blasting out of the gate on It’s So Easy. Linda is with them all the way, giving one of the best performances of her career.

Song after song, this super-tight band with the hot female lead (!) show that they can rock with the best of them. And do beautiful ballads (Blue Bayou) too.

Folks, I hereby testify that a Hot Stamper copy of this very album gave me a newfound respect for Linda beyond her work on Heart Like a Wheel. This is the album that shows she can do it all, as the All Music Guide points out, and I’m a believer.

Kudos must go to Val Garay, the man behind another one of our favorite recordings, James Taylor’s JT, with which this album shares much in common. That same super-punchy, jump-out-the-speakers, rich and smooth ANALOG sound is everywhere in evidence.

I don’t think Mr. Garay gets anything like his due with audiophiles and the reviewers who write for them. This is a shame. The guy makes Top Quality Pop Records about as good as they can be made, and if you have the kind of Big System that can really rock out, you owe it to yourself to get to know his work.

This is truly a Demo Disc if you have the equipment for it. We do, and it’s records like this that make us proud to be Americans with Big Speakers.

By the way, those lovely harmony vocals come from none other than Dolly Parton. Emmylou did the harmony work on Heart Like a Wheel, and between the three of them they would somehow manage to come together, at least for a time, on Trio.

I don’t think Mr Garay gets anything like his due with audiophiles and the reviewers who write for them. This is a shame; the guy makes Demo Disc Quality Pop Records about as good as those kinds of records can be made. If you have a Big System that really rocks you owe it to yourself to get to know his work. This is truly a KNOCKOUT disc if you have the equipment for it. We do, and it’s records like this that make the effort and expense of building a full-range dynamic systemworthwhile.

Featuring a broader array of styles than any previous Linda Ronstadt record, Simple Dreams reconfirms her substantial talents as an interpretive singer. Ronstadt sings Dolly Parton (“I Never Will Marry”) with the same conviction as the Rolling Stones (“Tumbling Dice”), and she manages to update Roy Orbison (“Blue Bayou”) and direct attention to the caustic, fledgling singer/songwriter Warren Zevon (“Poor Poor Pitiful Me” and “Carmelita”). The consistently adventurous material and Ronstadt’s powerful performance makes the record rival Heart Like a Wheel in sheer overall quality.