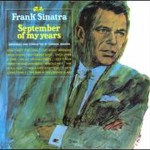 The originals are better and not that hard to find.

Rhino Records has really made a mockery of the analog medium. Rhino bills their releases as pressed on “180 gram High Performance Vinyl.”

However, if they are using performance to refer to sound quality, we have found the performance of their vinyl to be quite low, lower than the average copy one might stumble upon in the used record bins.