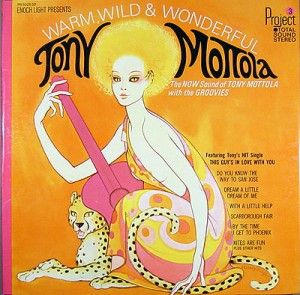 This is clearly one of the best sounding guitar records we’ve ever had the pleasure to play here at Better Records. Project 3 was an audiophile label in the truest and best sense of the word: a label that not only cared about the sound of their recordings, but actually proved they could produce title after title of the highest quality, equal or superior to anything on the market.

(This of course places them in stark contrast with the audiophile labels of the modern era, the last forty years say, which only on rare occasion produce records of any real quality, instead endlessly grinding out one mediocrity after another to the consternation of those of us who know the difference. But I digress.)

We had a mind-blowing percussion record on the Somerset label a month or so back that raised the bar for us regarding that genre, and this jazz guitar record on Project 3 has achieved the same effect. Some of the following is borrowed from the listing for that Somerset record.

The spaciousness of the studio is reproduced with uncanny fidelity, with both huge depth and width, but there is another dimension that this record operates in that few others can — the instruments here are capable of jumping out of your speakers seemingly right into your listening room.

The effect is astonishing. I have never heard the electric guitar sound more real than it does here. The timbre is perfection. The dynamics are startling.

The One Per Cent

One hundred and fifty bucks is a lot of money to pay for this kind of record. Let me make the case by saying that there is likely to be no better sounding record on the site as you read this, and not that many that can compete with it. Out of the thousands and tens of thousands of records I have played over the years, I put this copy in the Top One Per Cent.

The arrangements of these mostly familiar songs are clever and innovative; the last thing this music could be called is boring or obvious.

As for the musicians, like Tony Mottola himself they’re all studio pros, top session men, the best of the best.