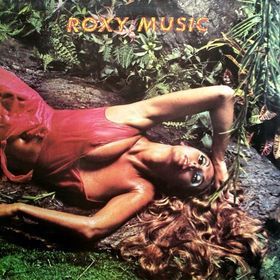 Stranded is one of the better recordings by the band, coming in second for sonics only to the first album, which is really saying something considering that the first album is a Better Records Top 100 title. The Tubey Magic on the early albums has to be heard to be believed!

These British pressings give you the richest, fullest, biggest sound with the least amount of sibilance on the vocals, grain or grunge. It’s the rich, full-bodied ANALOG sound we adore here at Better Records, although it’s worth noting that the sound on some tracks is noticeably better than on others.

We thank Chris Thomas for his production and John Punter for his engineering work at AIR Studio. This album and the first one are without question the two best sounding Roxy albums, and that’s true for any incarnation of the band.

Both belong in any serious rock and pop collection, and if you are a fan of Art Rock, every Roxy album should be on your shelf, along with your Bowie, Pink Floyd, Supertramp, Eno, Peter Gabriel, 10cc and so many others (most of which are personal favorites of mine, albums I have played hundreds of times over the last 30 years and plan to play hundreds of times in the next).

In our experience the right British original Sunray Island pressing is always the King. (There are some bad sounding Island LPs out there, so don’t assume the Sunray is the answer. It’s potentially the right answer, no more, no less, and without at least five copies in hand you won’t know whether the copy you like is a true Hot Stamper or a not-that-hot-Hot Stamper.)

The domestic, German, Japanese and Dutch pressings are not remotely competitive with the Brits on this album (which is not true for all Roxy’s albums but true for this one, Siren being the clear exception to the rule).

Now for those of you who are not Roxy Music fans and don’t know this music, this album may take a bit of getting used to. We assure you it will be well worth your while. We think it’s brilliant!

I consider Roxy to be one of the greatest Art Rock bands in the history of the world. Although the general public and probably most audiophiles would surely cast their vote for Avalon as the band’s masterpiece, I much prefer the music of these others — their eponymous first album, Stranded, Country Life and Siren — to the more “accessible” music found on Avalon. To be fair, that’s splitting hairs, because any of those five titles are absolute Must Own Albums that belong in any serious popular music collection.

Serenade
A Song for Europe
Mother of Pearl
Sunset