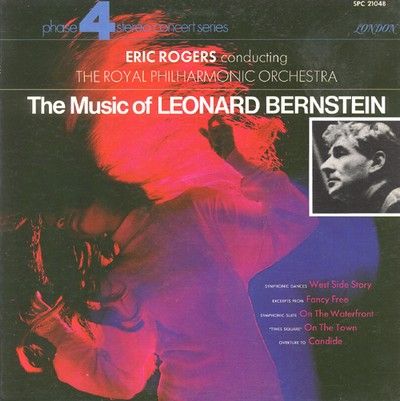 But we are being helpful. We’re being honest with you. Stamper numbers are often misleading. They’re misleading in the same way that a little knowledge is a dangerous thing. The numbers only tell a part of the story, and more often than not they tell the wrong part of the story. No matter how much audiophiles and record collectors want them to, the numbers simply cannot tell you whether the record you have before you, the one with the “right” stampers, is actually a good pressing. Only cleaning it and putting it in a shootout with other copies can do that.

Which means you cannot read your way to better sound. You have to do the work.

This is of course a subject near and dear to our hearts, and we discuss it at length in the commentary we call The Book of Hot Stampers.

THE All Time Sleeper

This record is a real sleeper, for which I am much indebted to Robert Pincus, the man who first brought it to my attention more than a decade ago. It contains the music of Leonard Bernstein, conducted by Eric Rogers, played with extraordinary skill by the Royal Phil. Rogers, to these ears anyway, seem to understand Bernstein as well or better than Bernstein himself. I certainly don’t know a better recording of the selections of Bernstein’s music compiled here.

The performances are superb — energetic yet lyrical when the score requires it. Rogers really breathes FIRE into these pieces, especially on side two. We have never heard anything like it, and we play a lot of records!

Those of you with a recording of Glinka’s Russla and Ludmilla Overture will no doubt notice the surprising similarities between it and Lenny’s Overture to Candide found here. I wouldn’t want to call it a ‘steal’; let’s just say he borrowed liberally from that work.