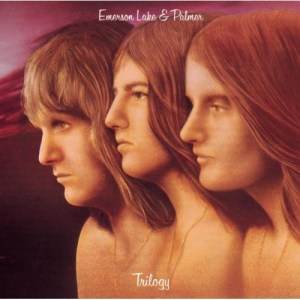 From The Beginning has the kind of analog magic that made it a staple in practically every stereo store I walked into back in the ’70s.

The organ captured here by Eddie Offord (of Yes engineering fame, we’re his biggest fans) and then transferred so well onto our Hot Stamper pressings, will rattle the foundation of your house if you’re not careful. This music really needs that kind of megawatt reproduction to make sense. It’s big Bombastic Prog that wants desperately to rock your world. At moderate levels it just sounds overblown and silly. At loud levels it actually CAN rock your world.

Folks, This Is Why We Love Analog

This is ANALOG at its Tubey Magical finest. You ain’t never gonna play a CD that sounds like this as long as you live. I don’t mean to rain on your parade, but digital media are evidently incapable of reproducing this kind of sound. There are nice sounding CDs in the world but there aren’t any that sound like this, not in my experience anyway. If you are thinking that someday a better digital system is going to come along in order to save you the trouble and expense of having to find and acquire these expensive original pressings, think again. Not gonna happen.

Top Honors Go to the Brits for a Change

The best Brit copies take top honors for sound in our Trilogy shootout, with the kind of sweetness, openness, tubey magic, correct tonality, presence without aggressiveness, well-defined note-like bass, extended airy highs and all the rest that are the hallmarks of the Hottest of the Hot.

Unlike the Brit pressings of the first album [we no longer agree with this statement as of about 2020], the Brits here really ROCK, with greater dynamic contrasts and seriously prodigious bass, some of the best ever committed to vinyl. This music needs real whomp down below and lots of jump factor to work its magic. These Brits are super-low distortion, with an open, sweet sound, especially up top, but they still manage to convey the awesome power of the music, no mean feat.

This is a true Demo Disc LP, one of the most dynamic and powerful rock recordings ever made. The organ on this album is wall to wall and floor to ceiling.

This is PROGGY POP at its best, right up there with Yes’s and King Crimson’s biggest and boldest musical statements. When it’s good, it’s REALLY GOOD. (Conversely, of course, when it’s bad, it’s pretty bad. Played Relayer lately?)