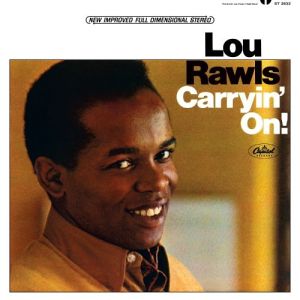 What We’re Listening For on Carryin’ On

Rawls got a mild hit from this album with a fine rendition of “On Broadway,” but otherwise, it was another example of everything clicking… The production and arrangements were perfectly tailored to his voice, the songs were good, and Rawls sounded confident, assertive, and soulful