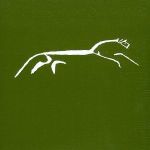 More of the Music of XTC

The big hit on this album is one that most audiophiles will probably know: Senses Working Overtime. Even over the radio you can hear how dense the production is. Imagine what it sounds like on an original British pressing with Hot Stampers, played on a modern audiophile rig. Simply put, IT ROCKS.

For Big Production Rock Albums such as this there are some obvious problem areas that are often heard on at least one or two sides of practically any copy of this four sided album.

Transparency, clarity and presence are key. Note that none of the British copies we played was thin and anemic. (The domestic copies are made from dubs and can’t begin to compete.) Almost all had plenty of tubey magic and bottom end, so thankfully that was almost never a problem. They did however tend to lack top end extension and transparency, and many were overly compressed. The sides that had sound that jumped out of the speakers, with driving rhythmic energy, worked the best for us. They really brought this complex music to life and allowed us to make sense of it. This is yet another definition of a Hot Stamper — it’s the copy that lets the music work as music.

If you love Big Production Rock, exemplified by the work of Ambrosia, Yes, Supertramp, ELP, Jethro Tull and others too numerous to name, this album should be quite an experience. Over the course of a long day — four sides for each of about ten copies is a big job, trust me — we grew to really like this band. Their music is sophisticated and innovative, with attention to detail second to none. Add top quality musicianship — the drummer was a real standout on practically every side — and you have an album that will reward repeated listenings for many years to come. And really put your system to the test to boot.