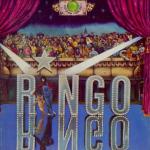 More of the Music of Ringo Starr

This copy had the top and bottom that was missing from most of the pressings we played. It also had tremendous energy throughout, especially noticeable on a song like Photograph.

Like Nilsson Schmilsson, an amazing Richard Perry production with much the same amazing sound, the bad copies are really just awful — veiled, smeary, compressed, rolled off up top and leaned out down low. It’s a big studio pop production with a lot going on; when it doesn’t work it really doesn’t work. Thankfully, on some copies it does, and this is one of those.

If you’ve tried killer Hot Stamper pressings of any of our favorite Richard Perry productions — No Secrets, Nilsson Schmilsson, Son of Schmilsson and Breakaway come to mind — you know the sound of this album.

(I had a chance to tour Bill Schnee’s studio when he sold it to a friend of mine. The main room was huge with a vaulted high ceiling and lots of acoustically variable panels on the walls. It’s sure to be all digital by now; more’s the pity.)

There are two kinds of side ones: some are cut louder than others; this is one of those louder cut copies.

Two interesting facts about this record:

1. Track 2 is listed as “Hold On” on some early pressings. Some refer to it as “Have You Seen My Baby”.
2. Some copies of this record feature an extended version of “Six O’Clock,” though you can’t tell from the sleeve.

These copies are extremely rare and book for $400!