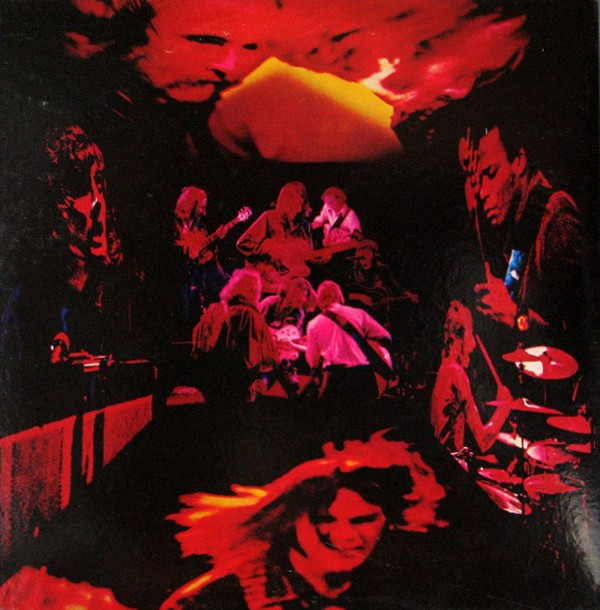 If you want to hear Crosby, Stills, Nash and Young rock out live in your listening room, this copy will let you do it. It’s not easy to find good sound on even one side of this album, let alone all four!

And these shootout winning Triple Plus sides are going to blow your mind – you have never heard this album sound remotely as good as it does on these sides, guaranteed or your money back.

Our best copies are big, clear, present, and dynamic. They show you what few copies can: how well-recorded the album is. Bill Halverson did a great job but you have to work your tail off to find a copy that does his brilliant engineering justice. Sad, isn’t it?

Super High Rez too — listen to how clear the crowd noises are. Yet on the better copies the sound is immediate, with layers of depth and space around all the instruments and voices (and crowd members even!).

And last but not least, you want a copy with ENERGY. It’s a big deal here at Better Records. We want to feel something when we play these records. You will feel it when you play this copy, that we can assure you.

What to Watch Out for

If the singers get hard and shrill in the louder passages, then what you have is a pretty typical pressing. Add grit and grain, smeared transients, opacity, surface noise and a lack of weight down low and you’ll know why it takes us years to find enough copies to shoot out — because this is what most pressings sound like.

As you have surely read on the site by now, this band has put out more bad pressings of good recordings than practically any I can think of. Here is an excerpt from our review of their first album that discusses the issue in more depth.

95% of all the pressings of this album I’ve ever played have been disappointing. They’re almost always wrong, each in their own way of course. Some are dull, some are shrill, some are aggressive, some have no bass — every mastering fault you can imagine can be heard on one copy or another of this record. The bottom line? If you want to buy them and try them from your local record store, plan on spending hundreds of dollars and putting in years of frustrating effort, perhaps with little to show for it in the end. This is one tough nut to crack; it’s best to know that going in.

The song “Triad”, just to cite one example, presents us with a lone David Crosby and his acoustic guitar. It’s as real sounding as anything I’ve ever heard from the band. Listening to that natural guitar tone brings home the fact that their studio recordings (and studio recordings in general) are processed and degraded compared to what the microphones must have picked up.

This live album gives you the “naked” sound of the real thing — the real voices and the real guitars and the real everything else, in a way that would never happen again. (Later CSN albums are mostly dreadful. Fortunately later Neil Young albums, e.g., Zuma, are often Demo Discs of the highest quality.)

Side two, our favorite of the four, gives you authentically Live Neil Young from 1970; no other live Neil Young record contained material from this era until the recently released Live at Massey Hall album (1971), which is superb and belongs in your collection on CD. (I admit to not having heard the vinyl.)

When you get a good copy of this album you’re sure to hear what we heard — that this is truly one of the great live rock albums. It has the Big Rock Sound that we go crazy for at Better Records. The best pressings, the ones that are full-bodied and smooth, let you crank the levels and reproduce the album good and loud the way it was meant to be heard.