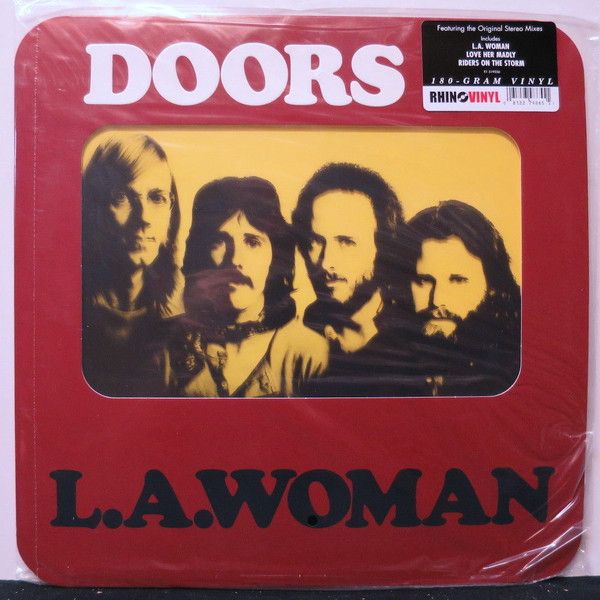 The pressing we auditioned from the Doors Box Set was surprisingly good. It’s rich and smooth with an extended top end — tonally correct in other words — and there’s lots of bass. This is all to the good. For the thirty bucks you might pay for it you’re getting a very good record, assuming yours sounds like ours, something we should really not be assuming, but we do it anyway as there is no other way to write about records other than to describe the sound of the ones we actually have on hand to play.

What it clearly lacks compared to the best originals is, first and foremost, vocal immediacy. There’s a veil that Jim Morrison is singing through, an effect which has a tendency to become more bothersome with time, as these sorts of frustrating shortcomings have a habit of doing.

A bit blurry, a bit smeary, somewhat lacking in air and space, on the plus side it has good energy and better bass than most of the copies we played. All in all we would probably give it a “B.” You could do a helluva lot worse. All the ’70s and ’80s reissues of this album we’ve ever played were just awful, especially those with the date inscribed in the dead wax.

See all of our Doors albums in stock