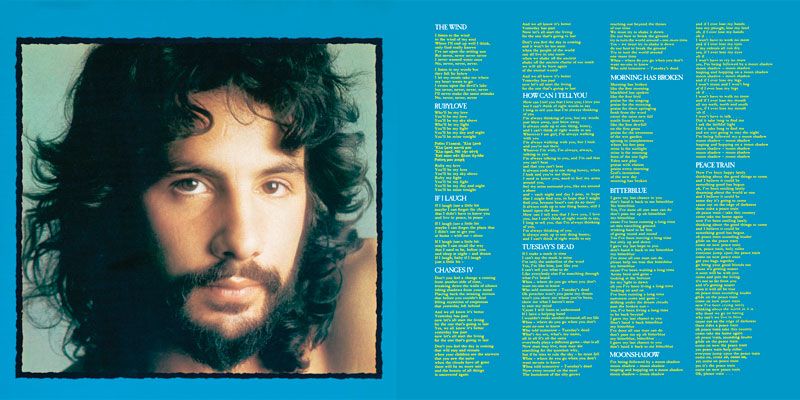 See all of our Cat Stevens albums in stock

A Work of Genius I Tell You

During the shootout for this record a while back we made a very important discovery, a seemingly obvious one but one that nevertheless had eluded us for the past twenty plus years (so how obvious could it have been?). It became clear, for the first time, what accounts for the wide disparity in ENERGY and DRIVE from one copy to the next. We can sum it up for you in one word, and that word is Conga.

We were listening to one of the better copies. The first track on side one, The Wind, was especially gorgeous; Cat and his acoustic guitar were right there in the room with us. The transparency, tonal neutrality, presence and all the rest were just superb. Then came time to move to the other test track on side one, which is Changes IV, one of the higher energy songs we like to play.