More Off the Wall 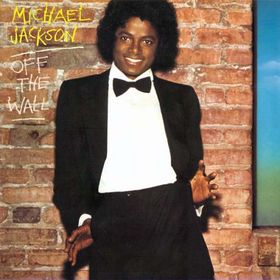 Both sides cannot be beat — both have the BIG M.J. SOUND that jumps from the speakers and fills the room. We’ve never a copy that was so full of ANALOG MAGIC!

The vocals are PERFECTION — breathy, full-bodied, and present. The overall sound is open, transparent, and PUNCHY with rock solid bass. The top end is extended and sweet, with tons of ambience the likes of which I’ve never heard before.

Normally when you have a copy with plenty of presence it’s somewhat sibilant in places. Not so here. For some reason this copy has all the highs, but it’s cut so clean it practically doesn’t spit at all. Even on the song I Can’t Help It, which normally has a problem in that respect. Since that’s my favorite song on this album, and probably my favorite MJ song of all time, hearing it sound so good was a revelation.

We set the playback volume so that the loudest parts of the record are as huge and powerful as they can possibly grow to be without crossing the line into distortion or congestion. On some records, Dark Side of the Moon comes instantly to mind, the guitar solos on Money are the loudest thing on the record. On Breakfast in America the sax toward the end of The Logical Song is the biggest and loudest sound on the record, louder even than Roger Hodgson’s near-hysterical multi-tracked screaming “Who I am” about three quarters of the way through. Those are clearly exceptions though. Usually it’s the final chorus that gets bigger and louder than anything else.

To bring this discussion back to the subject at hand, the loudest choruses on Off the Wall are richer, smoother, sweeter and more free of processing artifacts than those on Thriller.

One might even be tempted to put forth the proposition that as Michael and his engineer Bruce Swedien continued their collaboration with Bad (1987) and Dangerous (1991, without Quincy Jones) the sound got progressively worse — phonier and more mechanized, not unlike pop music in general. I would not be the ideal person to make that case though if only because I’ve spent so little time listening to either album. We just can’t find them anymore.

More Off the Wall

However, I’ve played Off the Wall and Thriller by the score, and been powerfully moved by the energy and beauty of the best sounding copies for more years than I can remember. Having listened critically to so many copies of the two albums I feel safe in saying that Off the Wall is the better recording.

See all of our Michael Jackson albums in stock